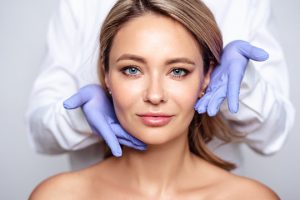 Botox has become one of the most popular non-invasive beauty treatments of our era.  Botox is injected into areas around the eyes and mouth to paralyze muscles that cause wrinkles to appear.  However, because the results aren’t permanent and the injections eventually wear off, the muscles are eventually able to contract again and the wrinkles will reappear.  But when Botox wears off does it make wrinkles worse?  The simple answer is, “No.”  For a more nuanced answer, read what we have to say in this post.

Botox is made from a neurotoxin called botulinum which is produced by certain types of bacteria.  Although botulinum is one of the world’s most poisonous substances, some types have a medicinal use in small quantities.  Cosmetic Botox injections around the eyes and mouth cause muscle paralysis which reduces the appearance of wrinkles in these areas.

What Happens When Botox Wears Off?

When the botox wears off, new nerve endings are formed, muscles are able to contract again and the wrinkles will reappear.  However, the wrinkles won’t appear deeper or more noticeable than they were before the procedure was performed.

How Long Do Botox Treatments Last?

Botox treatments are most effective when applied regularly over long periods of time.  A one-off treatment will be far less effective than several treatments performed over the course of a year.  Consistent Botox injections will cause muscles to weaken which reduces their ability to create wrinkles in the skin.  As more injections are subsequently completed, the time required between treatments will begin to lengthen.  First-time patients may require a repeat treatment after three months, whereas someone who has had several treatments over the years might be able to go up to 9 months between injections.