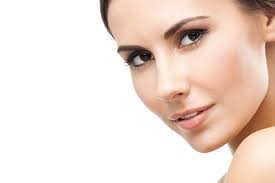 First of all, let’s be clear.  Lot’s of people have some degree of scarring from acne.  In fact, a 2015 study from The Journal of Clinical and Aesthetic Dermatology claims that 95% of people with acne also have (or will have) some residual scarring.  In other words, don’t be embarrassed by the blemishes.  They are perfectly normal, and you are certainly not alone – not by a long shot.

With that said, laser treatments can reduce the appearance of acne scars.  Let’s take a quick look at this procedure to find out what is involved and what you can expect if you decide that it’s the best option for you.

How it works
Targeted directly at your scarred tissue, the laser is comprised of highly concentrated light energy emitted from a handheld wand.  Your technician will move the laser across the affected areas causing the top layer of skin to break up and eventually peel away.  At the same time, your body begins the process of encouraging new skin cells to form, which will ultimately replace the scarred tissue.  These fresh new skin cells give your scars a smoother and overall less noticeable appearance.

It’s important to note that there are different types of lasers available for this treatment.  Ablative lasers remove the entire top layer of skin (as described above), and the resulting redness can last anywhere between 3-10 days.  Non-ablative lasers are intended to primarily stimulate collagen production and will likely require less recovery time.  And, fractional lasers can be a useful tool for reducing dark pigmentation in scar tissue.

Keep in mind that this procedure does not entirely eliminate your scars.  Instead, it has a smoothing effect, which makes the scars less apparent and visible.

Side effects
As with any procedure, there are certain risks and side effects that you should be aware of before deciding to undergo laser treatment.  The severity of these will depend on your skin type, the number of treatments you receive, and the type of laser used.  But in general, you can expect there to be some degree of swelling and redness after the procedure.

Does it hurt?  The sensation is best described as discomfort rather than pain.  Many patients liken it to getting slapped with a rubber band.  It’s not a pleasurable feeling, but if you know it’s coming, then it’s not so bad.

Please know that the information provided in this article is only a small snippet of what you need to know before seeking laser treatment.  You should take your time to find a provider that you trust and feel comfortable with.  And make sure to ask plenty of questions.  There might be things they forgot to mention, and it’s best to have all the facts before making your decision.