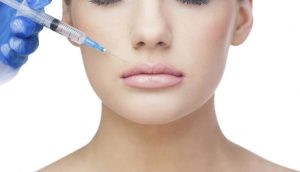 While Botox is most popularly known as a cosmetic treatment designed to reduce the appearance of wrinkles, it didn’t start out that way.  In fact, Botox was originally created to treat an eye condition known as strabismus.  Strabismus is a misalignment of the eyes such as being cross-eyed.  So what is Botox made of and how did it go from treating eye conditions to making facial wrinkles disappear?  It’s actually quite an interesting evolution – as we’ll see in this post.

The History Of Botox

What we now know as Botox was originally called Oculinum.  That’s because of its earliest use in treating eye muscle disorders.  The first procedures using Oculinum occurred in 1977.  Injections worked by paralyzing the targeted muscles which allowed the eyes to align properly.

From Treating Eye Muscles To Wrinkles

The work on treating eye muscles with Oculinum had the unintended effect of causing wrinkles to temporarily disappear.  The effect was originally noticed by a patient who had only one side of their face treated and saw the crow’s feet around the treated eye had vanished.  They requested the other eye be treated to get the same result.

The Transition From Oculinum To Botox

The original manufacturer of Oculinum ran into difficulty securing liability insurance which caused a supply shortage.  The pharmaceutical company, Allergan, acquired the company and began marketing the drug under a newly trademarked name, Botox, in 1992.  However, it still wasn’t being used as a wrinkle treatment.

A New Aesthetic Treatment Is Born

It wasn’t until 2002 that the FDA approved Botox Cosmetic for the aesthetic treatment of wrinkles between the brows.  The use of Botox to treat crow’s feet around the corners of the eyes was approved by the FDA in 2013 followed by forehead wrinkles in 2017.  It is now also used to treat teeth grinding, headaches, bladder problems and more.

What Is Botox Made Of?

Intriguingly, onabotulinumtoxinA, the scientific name for Botox, is made from a deadly neurotoxin created by the bacterium, Clostridium botulinum.  However, the purified toxin is used in extremely small quantities.  In fact, less than one gram of the toxin provides enough raw material for a year’s worth of the world’s supply.