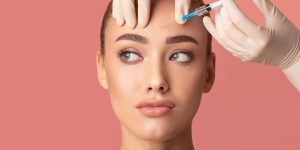 Celebrity culture has caused Botox treatments to go mainstream.  What used to be the territory of the rich and famous has now been taken up by the masses.  Botox is no longer a rare, unconventional phenomenon, but something that is considered quite normal.  The fact that Botox treatments are an affordable, non-invasive way to treat wrinkles and other skin imperfections make the procedure more popular than ever.  But that doesn’t mean those scheduling treatments don’t have questions.  We’re often asked,  “How long does Botox last?” “Does it hurt?” and “Can you go to the gym after getting Botox?”  In this post, we’ll answer those questions and more.

How Long Does A Botox Treatment Last?

Although the exact timing is different for everyone, Botox treatments generally last about three to six months.  After that, the fine wrinkles that the treatment has concealed will start to reappear.  This is why Botox treatments are usually bought in packages with recurring treatments scheduled according to each individual’s results.

Does Getting Botox Hurt?

Botox is injected which means that there is the same discomfort that’s generally associated with needles.  Botox itself doesn’t cause any pain, but you can expect to feel the same sensation that you experience when getting any type of injection.  If you’re averse to needles, your clinician might be able to offer you a topical cream that will slightly numb your skin and reduce any pain associated with the procedure.

Can You Go To The Gym After Getting Botox?

Understandably, many people who are concerned with their appearance also enjoy spending time exercising.  However, you should give your body a break after getting Botox injections so as not to cause the Botox to migrate to other areas.  It’s recommended to wait between 4 and 24 hours after a Botox procedure to do any sort of exercise.  This includes bending over, touching your face, wearing restrictive clothing or protective gear over top of the injection sites or straining the affected area.  Too much strain and increased blood pressure can lead to swelling or bruising.  That said, regular facial movements such as smiling, frowning or raising your eyebrows can help Botox work better and faster.